Oswegoland Park District dance instructors have extensive training in many forms of dance. Some have been a part of A Step Above Dance Company and have voluntarily assisted dance classes before becoming lead instructors. 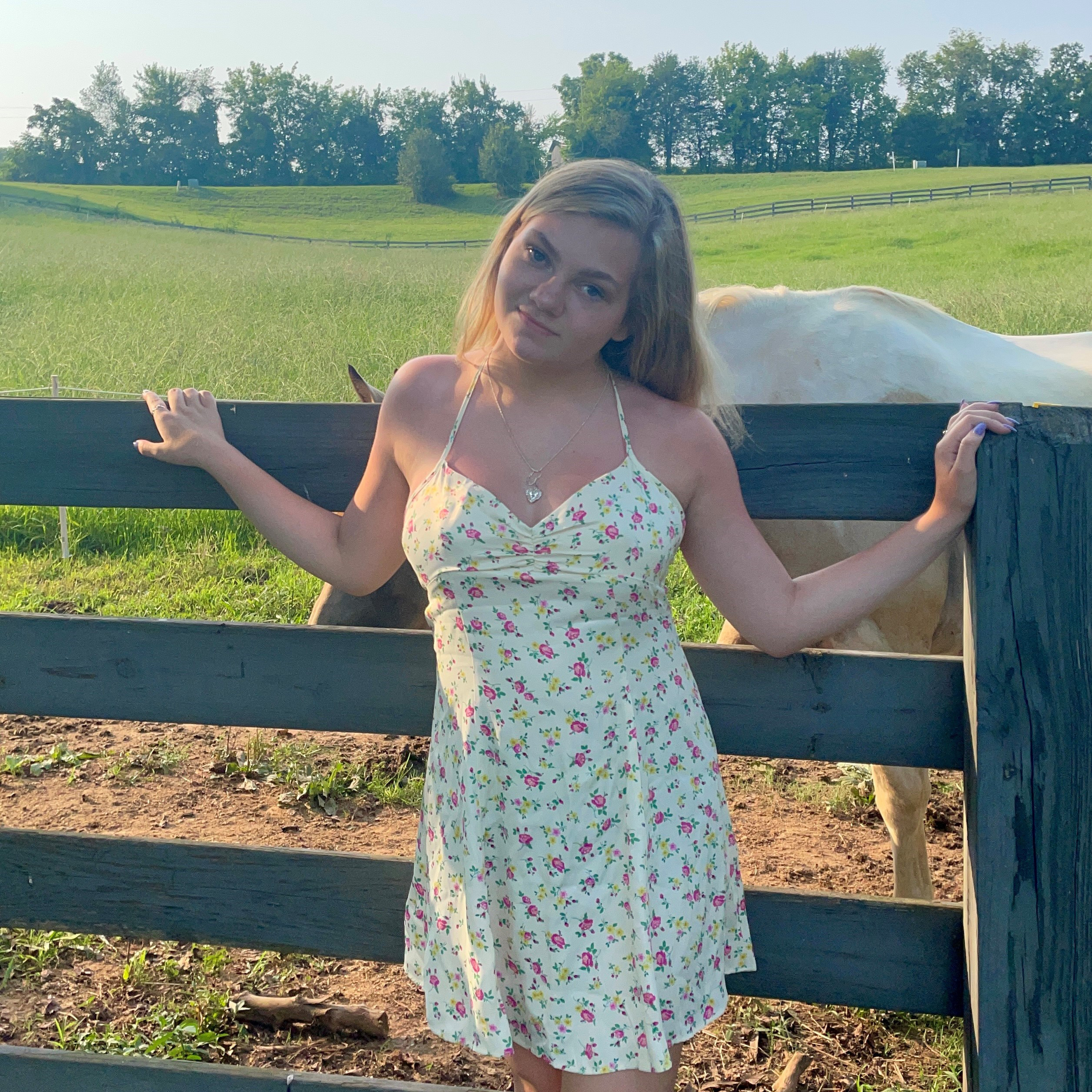 Natalie Catey is a cheerleading instructor. She has been cheering for seven years competitively on both the All Star and High School level. She currently attends Northern Illinois University where she’s studying psychology. She has a passion for cheerleading because she loves how much it can impact one’s life.  She loves watching cheerleaders build confidence through the sport and learn about the importance of teamwork and dedication. She believes that cheerleading can teach lifelong skills and hopes to inspire that in young cheerleaders. 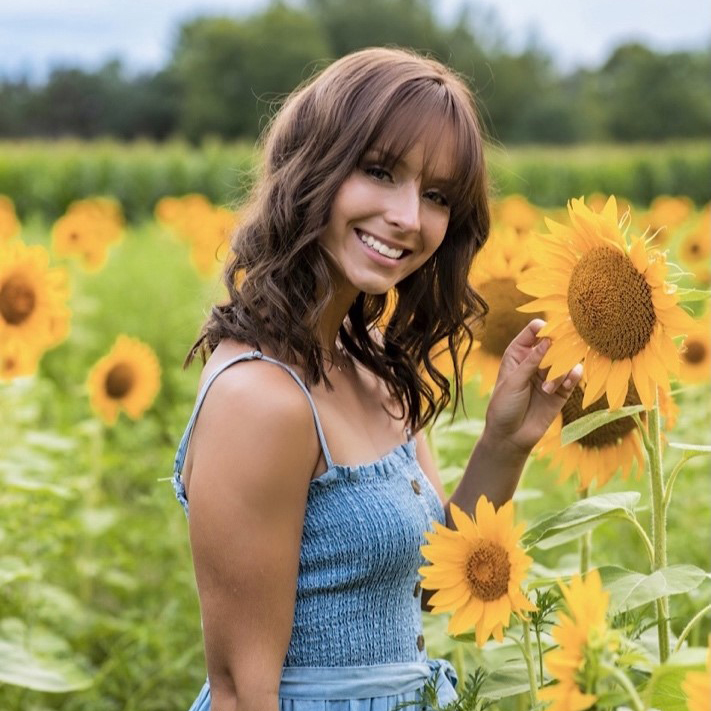 Carina Forbes is collegiate dancer at Columbia College Chicago. She has been dancing for 11 years and is trained in the following dance styles: ballet, modern, west african, jazz, lyrical, poms, and hip hop. She was captain of the Hinckley-Big Rock Royalettes Dance Team for 2 years in high school and voted Most Valuable Dancer and toughest dancer. She was an IHSA State Qualifier in 2018 and 2020 and also has attended several NDA Dance Camps, JFK intensives, and went to Florida Nationals in 2018. While currently attending Columbia College Chicago as a double major in Dance and Arts Management with a concentration in Performing Arts, she is a member of the CCC Renegades Hip Hop Dance Team and has performed a professionally choreographed piece titled “Proximity.” Her goal is to not only teach her students to be more skillful dancers, but to store and display confidence, dedication, passion, teamwork, and individuality within them. She is prepared to put forth her best efforts to create a happy, challenging, engaging, and passionate learning experience for her dancers. 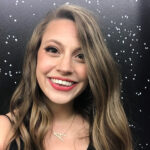 Ally Gorecki is a dance instructor teaching all ages at both recreational and competitive levels. While she has trained in jazz, ballet, lyrical, hip hop, and poms throughout her dance career, tap and musical theater have always been her passions. She attended Marquette University in Milwaukee, WI, and was a core choreographer for Dance Inc. Marquette. She currently works in education in the Chicagoland area, teaching fourth and fifth grade students. Additionally, Miss Ally is a proud founding member of Oswegoland Park District’s own A Step Above Dance Company. She has coached both Dream and Believe, and has won numerous awards, including divisional champions during our last competitive season. She aims to provide students with a safe space to curate their own passion for self-expression through movement. Her goal is to not only teach her students technical skills but to also learn how to appreciate and care for their bodies in order to allow each and every student to express themselves through dance for as long as they’d like. 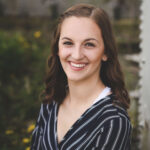 Emma Johnson is a dance instructor that teaches a variety of styles and ages. This is her 16th year of dance, and in that time, she was trained in ballet, tap, jazz, hip hop, and lyrical at Gold Star Academy of Dance. She was also a member of the Oswego High School Dance Team all four years of high school, where she was an IHSA State Qualifier in 2017 and an IHSA All-Conference Dancer in 2019. Now, she attends North Central College majoring in Elementary Education, minoring in Dance, and competing for their nationally-ranked dance team. Her goals as an educator include creating a safe place that allows her students to grow into a strong dancer and an even stronger human being. 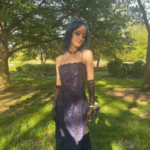 Kayla Laciak is a dance instructor teaching various styles and ages. Kayla began dancing at three years old and has continued dancing throughout high school through Orchesis and at Xtreme Dance Force. She was a part of Xtreme Dance Force for about eight years and practiced all styles from jazz, contemporary, lyrical, tap, and hip-hop. She assisted with the younger levels of the company for three years. Kayla loves working with kids and watching their love for dance come to life. She has a true passion for this art form and her goal is to show others the beauty of dance. 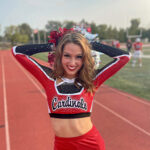 Bella Mahoney is a collegiate dancer teaching various classes at the park district as well as coaching A Step Above Dance Company’s Inspire team. She has been dancing for nineteen years and is trained in various dance styles including but not limited to, ballet, pointe, lyrical, contemporary, modern, jazz, tap, pom, and musical theater. Isabella has been teaching dancers for seven years, and looks forward to many to come! Isabella has choreographed for multiple high school and college dance teams, and her collegiate pom and jazz choreography is nationally ranked. She has been named an ISHA All Conference Dancer in 2017, 2018, and 2019.Isabella is also a 2021 Regional Champion in her self-choreographed solo. She currently holds first place jazz and pom collegiate choreography as well. Her goal as an instructor is to get students excited about dance, learn how to dance safely to increase the longevity of their career, and learn how to persevere through life both inside and outside of dance. 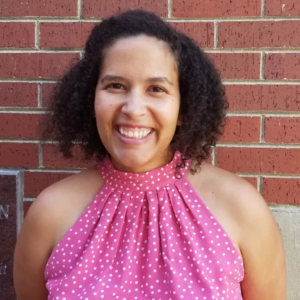 Rachel Moffett teaches various ages and styles. She previously assisted Believe, and currently leads Dream as a part of the A Step Above Dance Co. instructional team. Rachel attended Oakland University and Macomb Community College, where she was a member of the show choir, The Macombers. Her dance training began in elementary school and has continued since then. She has studied styles varying from ballet to ballroom to hip hop. Rachel believes that you are never too old or too young to begin to dance. To her, dance is a fun way to be active and to express yourself in ways that you never expected. 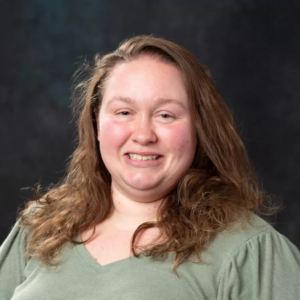 Sheila Paulino is a ballet, ballroom, swing, Latin, and wedding dance instructor teaching various ages and levels. She has been teaching at the Park District since 2014. In 2005, she received her professional certification with DVIDA in ballroom and Latin dance and re-certifies every year. Her ballroom and Latin dance students have received numerous awards in multiple competitions. Sheila enjoys taking the pressure off brides and grooms on their big day and strongly believes anyone can dance. 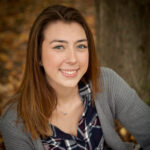 McKenna Potter has been a dance instructor at the Oswegoland Park District since 2018. She began dancing in 2004 at Broadway Star Dance Academy and later moved to Gold Star Academy of Dance. She has experience in the following styles: jazz, poms, ballet, hip hop, lyrical, contemporary, modern, and tap, with both lyrical/contemporary and hip hop being her favorites. McKenna has competed with several styles of dance and was part of a performance group. Throughout her dance career, she has performed at various places including the McDonald’s Thanksgiving Day Parade. She has attended many dance conventions, including Monsters, where she took a class with and met Phi from the Jabbawockeez. McKenna helped initiate the startup of a dance team at her high school where she held a captain position and placed top twelve in the State Finals. McKenna wants to share her passion for dance and encourage dancers to push themselves in all of their classes. She wants to create an environment where dancers feel comfortable working on new and existing skills, working on dance technique, and building friendships with their peers.

Brianne Sendaj is originally from a suburb of Chicago, IL where she had been teaching dance for over 20 years. She started out her dance career by taking ballet at the age of three. Throughout her dancing years she took ballet, tap, jazz, modern, character, pointe, and Pilates. Brianne was in various local companies in the Chicagoland area and at a variety of studios some of which include: Midwest Ballet Academy, Salt Creek Ballet, and Champaign-Urbana Ballet. Although her degree is in Psychology from the University of Illinois, she took various classes in dance and performance opportunities whenever she could. Brianne loved taking Pilates during one of her summer intensives so she decided to get certified so she could teach that as well. She loves to pass on her knowledge and watch her students learn as they master new steps and grow into young dancers themselves. 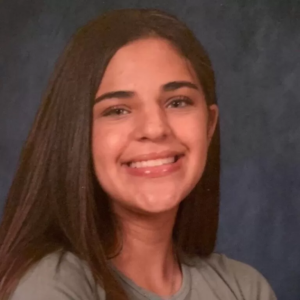 Brooke Thomas is an assistant dance instructor helping with varying styles and ages. She began dancing at the Oswegoland Park District at age 3 and continues to take classes. She even competed with a Step Above Dance Co., the Park District’s dance company, for 5 years. She has studied ballet, jazz, lyrical, contemporary, poms, hip hop and musical theatre. She attends Oswego High School and is a member of the Pantherettes dance team. Brooke loves assisting all different types of classes and expanding her dance knowledge. Her favorite thing about dance is the ability to express yourself with music and emotions. She hopes to inspire dancers to persevere and to push themselves to their fullest potentials. 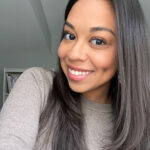 Rockie Veverka is the Recreation Supervisor who oversees the dance department for the District and currently teaches hip hop classes. She began working for the District in 2013 and has taught ballet, tap, jazz, hip hop and poms to various ages and levels. In 2015 she created A Step Above Dance Co., the District’s competitive dance company. She began her dance training at La Danse Academie in Crest Hill, IL., and in 2007, traveled Italy to perform in various cities. Rockie received a BA in Communications from Aurora University where she was captain of the University cheer and dance team. Above all, Rockie believes that dancers should have the opportunity to learn and express themselves through dance regardless of age or experience level. 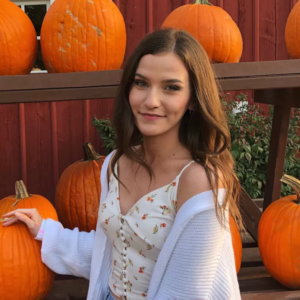 Ally Whittenhall is a dance and cheer instructor for various ages and styles. She has been a dancer since the age of two (competitive since age seven), and trained with Ottawa Dance Academy for the majority of her training. The styles that she has trained in include ballet, pointe, jazz, lyrical, contemporary, hip-hop, and musical theater. From 2018-2021, Ally was the captain of the cheer/dance team at Joliet Junior College. She recently started her competitive season with the University of St. Francis dance team, and is excited to expand her passion for dance. Ally hopes to share her love for dance with young dancers and cheerleaders through her classes. Her favorite part about teaching young dancers and cheerleaders is being able to watch them develop their own passion and growth for their sport.