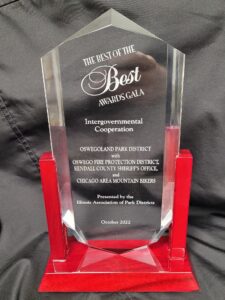 We’re proud to announce that the Park District’s partnership with the Oswego Fire Protection District, Kendall County Sheriff’s Office, and CAMBr has received an Intergovernmental Cooperation Award from the Illinois Association of Park Districts.

The trails have been re-designated with a new coloring system, and improvements include new entrance and wayfinding signage, as well as new emergency access trails. The new wayfinding signs include trail difficulty, length, wayfinding arrows, and procedures in case of an emergency.

This collaboration makes the trails safer and more approachable for users and easier to access by emergency responders. The award was presented at IAPD’s Best of the Best Awards Gala on Friday, October 14. 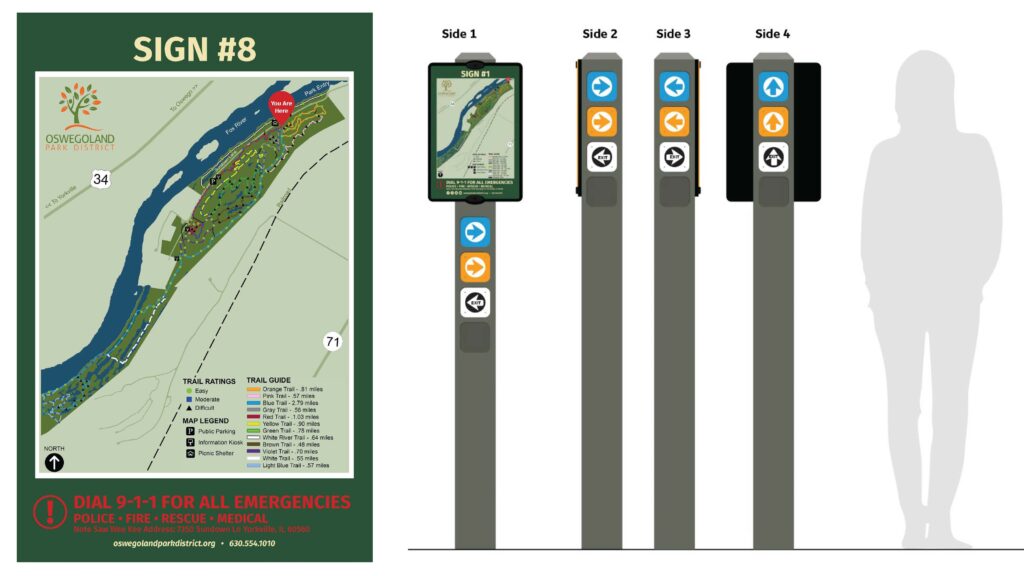 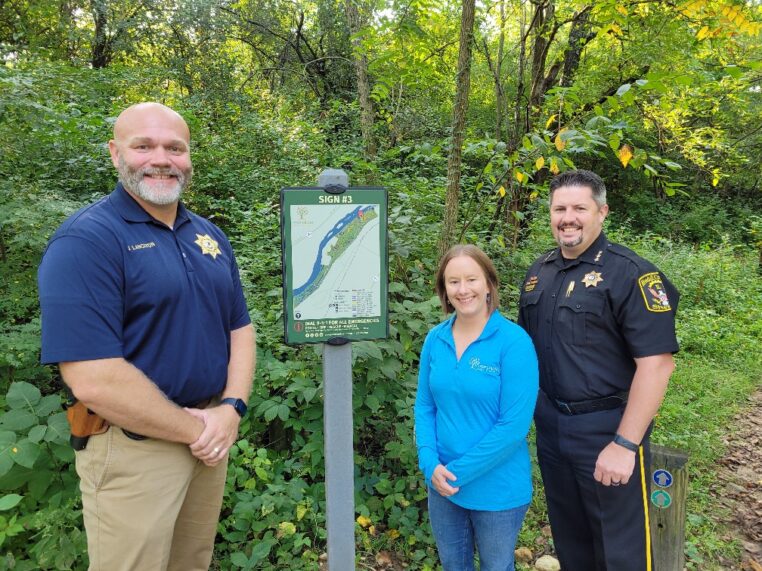 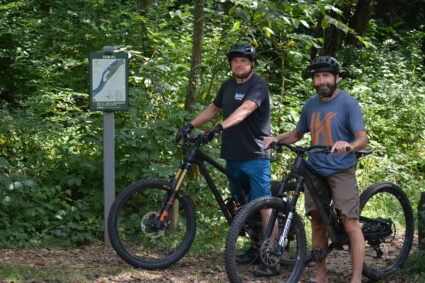